When everything in the world is changing & developing at a lightning speed, be it trends, technology and market, also the business owners are looking for a faster web solutions and app solutions to reach the customers with speed & ease. To cope up with the competition, Flutter was introduced; who’s development offers a complete UI kit to enable building high-speed mobile apps.

Existing Cross-platform frameworks like Xamarin, React Native develop iOS and Android apps with a single code base. Amidst this, Flutter has entered in the race of the cross-platform mobile app development and has started making its mark.

Here are some reasons Why choose Flutter for App Development 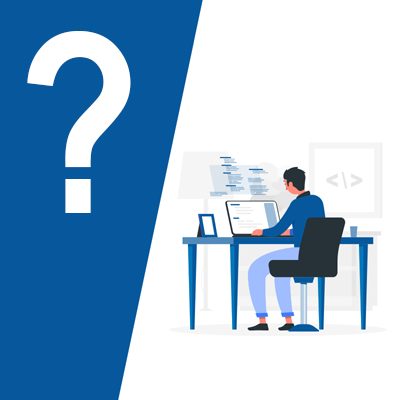 Who is using Flutter?

Being the product of Google, Flutter has been used at Google in various projects. Many other companies are using Flutter to develop cross-platform mobiles apps.

Flutter is being used at Google in Google Ads and Google GreenTree apps. For a new launch, Google is also working on another operating system Fuchsia for which Flutter is used for all the groundwork.

It’s a big achievement for flutter as Alibaba – the world’s biggest online e-commerce company started using Flutter for the app.

Why Flutter is Future?

Before Flutter came into existence, React Native and Xamarin were the competitive frameworks for the cross-platform mobile app development. The popularity of the Flutter is growing with immense speed. Some killer features of Flutter makes it something different from other cross-platform technologies.

One of its kind, Flutter is the first-ever mobile-only cross-platform development framework. It supports both iOS and Android.

There’s always a missing feeling which can be easily spotted in the Apps developed with cross-platform solutions. The new UI build with cross-platform app development framework doesn’t feel native to the user. This is not so in case of apps built with Flutter as it uses its own widgets. The Flutter layout and widgets are perfect in pixels too. All these factors make Flutter apps look almost like native apps.

Comparing other apps build with cross-platform technologies, Flutter apps are faster and efficient. With the support for the JIT and AOT compilers, building and compiling apps is relatively faster with Flutter.

One of the draw-back of mobile app development is to support all the devices and OS versions. Talking about flutter, it has its own engine and widgets which supports both Material Components for Android and Cupertino for iOS.

Google is working on another operating system for mobile and chrome called Fuchsia. The Skia engine to build the UI components in flutter are also used in the Fuchsia. Moreover, Fuchsia also uses Dart language like flutter uses, which will make it easy for developers to learn and get acquainted with it.

Making an important mark in the cross-platform mobile app development, Flutter is gaining popularity worldwide. As Flutter apps almost look like native mobile apps and its engine is designed to support Google’s future operating system, based on this fact we can say that Flutter will have bright future, though the choice remains of companies to use cross-development apps as per their budget & requirements.

Advantages & Disadvantages of Flutter – What is Flutter?, Flutter Pros and Cons
Flutter for Web – A must try for every Beginner & App Developer
Why Android and iOS Developers Should Pay Attention to Flutter in 2021?
How Much Does Flutter App Development Cost? – Estimation, How to Calculate?
Mobile Application Development Outsourcing – How, Why, Pros, Cons
Youtube Video Downloader Apps for Android – 16 YouTube Video Downloader Apps for Android
Best Android Camera App – Which is the best camera application for android?