In old ages, the kings used to build the wall around his kingdom to protect his place, people and property. The walls used to protect the kingdom from external threats and attacks of the enemy. Apart from this, it used to give partial protection from natural disasters like floods and thunderstorms. The strength of the kingdom was evaluated based on the strength of the wall around it. Of course, the military and ammunition force was also the deciding factors, but the primary protection was provided by the wall only.

If we see this in today’s context, the property has become more digital and intangible. The companies are more dependent on data, systems and basically, the IT infrastructure. Hence, to protect the company from external threat a company must build a wall around its intangible assets like data, software, files, network etc. Of course, the team of IT engineers play a vital role whenever the company faces malware attack or any other unwanted external interference. However, the primary security relies on the wall. That is called Firewall Security!

As Explained above, Firewall security is a network security system which secures the internal network and all the devices connected to the network from external threat and creates a protective layer around your network!

How a firewall in a computer network works?

A firewall is Network Security Device placed strategically and the point where external network first interacts with the internal network. The firewall is a very basic, but very important and trusted cybersecurity tool. Suppose your network is your home or office premises, in that case, the firewall acts as a watchman for your place.

The workflow of the Firewall is explained below in layman words

Firewall can be at a network level as well as a system level, the firewall protects the network and protects each system based on the rules and policies defined.

Think as your enemy thinks

To protect your data, you first must identify your enemies. Enemies could be the viruses, hackers or the data thieves. You must see the potential threat and think what a cybercriminal would want from your data? Or what kind of viruses are a real threat to you? Once you identify the threat it easy to select best suitable security solutions for your network, or if we use the medical terms, once you diagnose the disease, it will be easy to search the cure.

Audit your policies and protocols

Firewall Security follows the rules you have defined for it, Network Firewall evaluates and decides the inbound or outbound flow of information, strictly based on the rules you, as a manager, have decided and defined for Firewall.

Hence, it is very important to be confident about the rules you have set are working 100% as per your desired results. The regular audits must be done to evaluate few checkpoints as below

Once you are done with the Audits, you must analyze the audit results and accordingly you must change the policy, security checkpoints and passwords. This will keep your network firewall security updated. The threats keep changing. Cybercriminals have become smarter and they keep inventing new ways of stealing your data or hacking your systems. Hence, it is essential to keep your security systems updated.

Passwords are an essential element for keeping your organization’s data secure. Ensure that all staff with rights to sensitive data have complex passwords that have the appropriate length and strength. 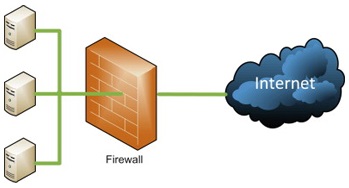 Packet Filter Firewall as the name suggests, it works on filtering the packet and it evaluates the outgoing and incoming packets based on predefined criteria like packet types, port number, IP addresses etc. This type of Firewalls is for a small network and cannot handle huge networks. Also, the security provided by this type of Firewall is very limited and it is more vulnerable compared to other types of Filters of Firewalls. 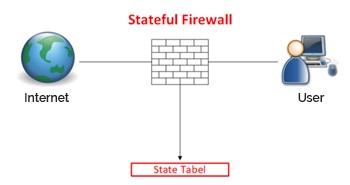 Stateful Packet Inspection (SPI), is a higher level of protection system compared to the Packet Filter. This type provides the end to end encryption. They are based on powerful and smart firewall architecture. These firewalls work at the network layer in the OSI model and are more secured than the basic packet filtering firewalls. 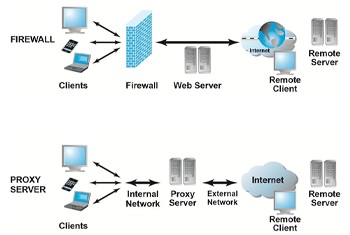 Proxy Server Firewalls generally referred to as application-level gateways. This web application firewall is the most trusted and recommended type of Firewall. They filter the information at the application level. They mask the IP addresses and limits the traffic types. They provide an entire and protocol-aware security analysis for the protocols they support. Proxy Servers offers the best Internet experience and results in network performance improvements. 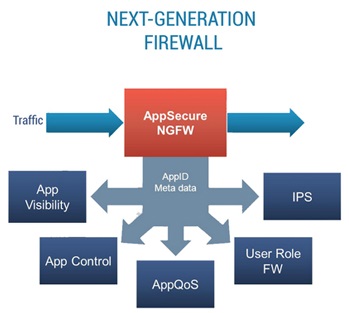 next-generation firewall (NGFW) is a part of the third generation of firewall technology. It is a combination of traditional firewall and network device filtering. This uses Deep Packet Inspection methodology. The Sophos Firewall is one of the widely used Next-Generation Firewall

Contact Us to get the best Firewall Solutions for your company. For maintenance and up-gradation of your existing firewall, we are available near you at Surat, Gujarat.

What are the 4 types of firewalls?

Below are the four types of firewalls:

What is firewall security?

Firewall security is a network protection system that protects the internal network and all the devices connected to the network from external threats and forms a protective layer around your network!

How does firewall provide security?

Firewalls provide protection against external cyber attackers by protecting your computer or network from malicious or unnecessary network traffic. Firewalls can also prevent malicious software from accessing computers or networks via the Internet.

What are the benefits of firewall security?

Firewall Benefits are as below:

What type of security is a firewall?

A firewall is a network security tool that monitors and filters incoming and outgoing network traffic based on an organization’s already established security policies. In its most basic form, a firewall is essentially a barrier between a private internal network and the public Internet.

Is firewall a virus?

Firewall virus protection monitors the traffic in the network to prevent malicious data from entering the network hence thwarting the virus. However, the virus can enter your computer through spam links, downloads or flash drives.

Does a firewall protect against hackers?

Firewalls block all unauthorized connections to your computer (including where hackers are trying to steal your data) and even allow you to choose which programs can access the Internet so that you’re never connected unknowingly.

What are firewalls used for?

Firewalls are often used to ensure that Internet users without access are not able to interface with private networks or intranets connected to the Internet.