“Wifi” – has become the most used word in the world. Wi-Fi stands for “Wireless Fidelity”. Nowadays, Wi-Fi has become as essential and important as other luxury items like mobile, TV and furniture. However, very fewer people know that Wifi is not the only wireless network; there are a few other like NFC, Bluetooth and the latest is Li-Fi.

However, no matter what wireless facility we use, the performance of all the wireless devices and wireless services depends on the Wireless Network Connection usually referred to as WLAN.

The above list is in order of use, Wi-fi being the most used wireless type of network. 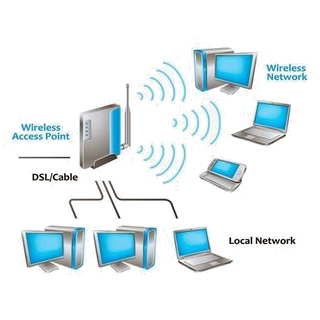 WiFi is the most common and widely used technology, it keeps all the wireless devices connected through the internet on the move and provides wireless connection within the range of Router or network of Routers.

The Internet Service Provider provides the connection till your server room or premises, that broadband connection is connected to Wireless Access point also referred to as Hotspot, through the wire. The Wireless Access Point then establishes the wireless network with all the other wireless devices and hardware to keep them connected internally as well as with the internet. This network is referred to as WLAN (Wireless Local Area Network)

The range of a regular router is within the radius of 150 to 300 meters which covers the huge area. However, if multiple routers are connected through the wire at strategic distance, the range of wifi can be increased, even on a single broadband connection, with help of expert Wireless Network Solution Provider like Premware Services India LLP (Formally known as ‘PC Helpline’).

The devices which don’t have the inbuilt wi-fi receiver can be converted to wi-fi enabled by connecting a wireless USB adapter. Hence, eventually, everything can be run on wifi.

WiFi is not just used to connect mobile or laptops with the internet but modern-day security is also dependent on Wi-Fi, the CCTV Cameras also work on Wifi. People nowadays are using wireless Cameras and Wi-Fi enabled CCTVs, Wireless Hidden Cameras etc. to secure the property. 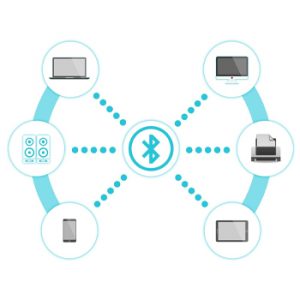 We have been using this technology even before the smartphones were introduced. However, even after the introduction of the superior technology of Wi-Fi, Bluetooth has its place and importance.

Bluetooth is used for small distance transmission of the file, audio and even video. Bluetooth speakers and headphones are the most commonly used devices these days. 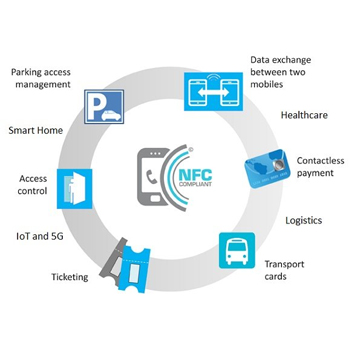 NFC is mainly used by Superstore in terms of RFID to read barcodes and do automatic billing of products. This technology has created a revolution in FMCG retailing. The entire business of FMCG has been changed due to this technology. You can see the cash counter person focusing the machine gun on the RFID tag and the computer automatically reads the name of product, price and auto-calculates the discount, if applicable, and generates the final bill. Not only this but at the same time, the computer deducts that quantity from the stock at backend and retailers can check the stock at real-time and plan the next purchase. This way RFID is playing a huge role in Retails industry and supply chain management. 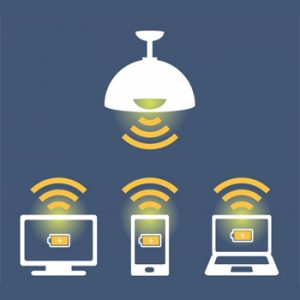 The name says it all, this is a Wi-Fi which works on the light. It has come from LED + Wi-Fi = Li-Fi. LiFi transmits the data through illumination and sends data using an LED light bulb. It is believed to be the fastest and cheap option for Wifi for communication. It is an optical version of Wi-Fi.

Things to be taken care while establishing Wireless Network Connection

However, you as a user must make just one decision of selecting Wireless Network Solution provider like PremWare, rest of the things will be taken care by our expert engineers to give you seamless wireless network connection at an affordable price near you at Surat. Contact us NOW!

What are wireless solutions?

What are 3 types of wireless connections?

Below are the 3 types of wireless connections:

Why wireless network is used?

Wireless network is used due to its below features:

How do I fix wireless network problems?

According to Google support,
If you’re having Wi-Fi connection problems or see an Wifi icon with an exclamation point, try the solutions below. After each solution, try to open a webpage on your phone to see if the issue is fixed.